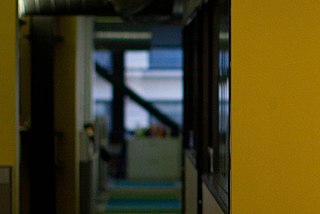 Matt
Miraheze community volunteer, autopatrolled
If you need help on wiki-related issues, don't hesitate in leaving me a message. I am active in community noticeboard, as well as Stewards' noticeboard to help users who encounter difficulties on their wiki and engage myself in helping miraheze's related issues.

Hello, I'm Matttest, a miraheze community volunteer and editor. I joined miraheze on 1st March 2021. Before I discovered miraheze as a wiki host, I had been a volunteer at Wikimedia. Serving as part of the Small Wiki Monitoring team, I actively countering vandalism on the small wikis that is lack care by the local sysops. However after then due to the strong bureaucracy and unfriendly environment in Wikimedia, I have decided to retire and only be semi-active several local Wikipedia projects.

Before the retirement, I actually discovered miraheze from a miraheze-hosted wiki. Since miraheze have no advertisements, allows easy front-end navigation by the ManageWiki extension, and good support from the miraheze volunteers, I get myself on miraheze and created a few wikis. I am only active in my own wikis at first since I still consider Wikimedia as my home wiki at that time, but then after diving into miraheze, I realized that miraheze lacks volunteers who can respond quickly to users concerns. At the same time, I have decided to retire from Wikimedia for the reasons stated above. Therefore, I started to be active in Meta-Wiki, several other active global wikis and engaged in the community. Currently, the most successful wiki where I held sysop rights is the Chinese Unbooks, which have 2 active users there.

Outside miraheze, I am the founder of For-Test Wiki, a MediaWiki website for testing purposes. Unlike other test wikis, For-Test Wiki have a strong privacy stance by having no google owned reCaptcha for registration (using QuestyCaptcha instead), no matomo, google analytics or any other third parties that can harm your privacy by logging anything.

I am bureaucrat in the Chinese Gyaanipedia and Reception Privacy Software Wiki, as well as sysop in the Chinese Unbooks. Other wikis I founded or adopted suffers from difficulties such as lack of activities, so I won't talk about them more here, but you can check my global user rights and status in here.

Recently, I am active in fixing the Chinese translations of miraheze, which is frankly a mess as machine translations are used previously by some users.

Feel free leave me a message at my my talk page, and I will help you as well as I can. Other contact methods include:

I strongly discourage the use of discord as it is an non-open source software, which collects tons of your metadata[1] and did not clarify whether they share them to third parties. Additionally, they require your phone number should you register via proxy. Their website is also bloated with Google’s and facebook’s third party trackers.